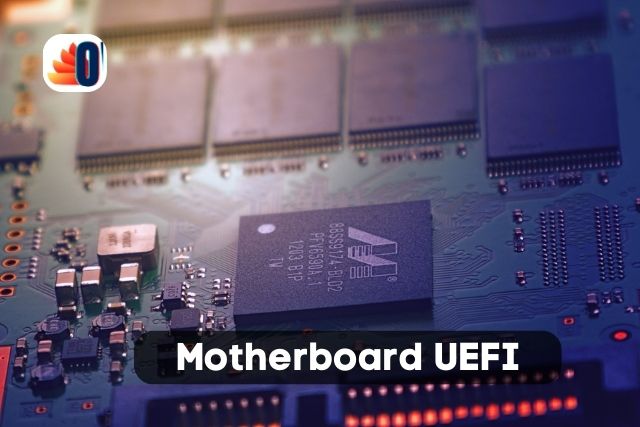 Does My Motherboard Support UEFI, this is a mostly asked question. But first, understand what is it. UEFI means Unified Extensible Firmware Interface., which is a new standard for PCs.

If you can run the system in legacy mode, then your motherboard is capable of supporting UEFI, and your PC should be able to boot in both modes.

Many new motherboards are being designed to support UEFI.

UEFI was developed as a standard to make the booting process more secure, efficient, and user-friendly. The main difference between the BIOS and UEFI is that UEFI is not limited to just the motherboard, but is an independent component of the computer.

It provides a standardized mechanism to configure the system hardware, set up boot options, and provide recovery and debugging functions.

So, there are two ways to know. is my GPU UEFI compatible? You can do it manually or automatically. Just keep on reading to learn how to figure it out.

If you want to find out if your motherboard supports UEFI (Unified Extensible Firmware Interface) – a set of specifications that allow the firmware to be executed on a computer rather than stored on a ROM chip – there are multiple methods that you can use.

The first method would be to visit the website of the motherboard manufacturer and see if they have a listing of all supported motherboards.

Some manufacturers even list the motherboards based on their different versions, such as the Intel X99 series.

If your motherboard has UEFI support then you should be able to dual-boot your operating systems using both the legacy and UEFI modes.

However, you may also need to change the boot priority of your motherboard as it will default to legacy mode first.

To do this, you will have to press the ‘Del’ key immediately after the system starts up.

If you wish to change the boot priority, later on, you may press the F8 key on the BIOS screen.

The key combo you have to press depends on your motherboard.

How Do I Know Does My Motherboard Support UEFI?

Press F8 to view all bootable devices. The list should include the UEFI options.

So why makes UEFI so important?

By default, BIOS does not allow UEFI booting. This means that you must load a boot loader that supports UEFI booting to be able to boot the OS.

If you are loading Windows 10, there is a chance that it will be unable to run if you use only BIOS or legacy booting.

What is UEFI and How does it differ from legacy boot?

How Do You Get UEFI BIOS Mode?

Make sure your motherboard is an Intel-based board and that it has UEFI BIOS. Some older motherboard brands (e.g. ASRock) did not have UEFI bios, only EFI bios.

Can this EFI be changed?

Yes, a new generation of the UEFI specification supports all of the same functionality but is much faster and easier to use. You can choose between using it and legacy BIOS during the boot process.

If you are unsure how to get the system to boot into legacy mode, just use the following command at the terminal prompt of the installation CD/DVD: Sudo NBD –load=boot.